"MoonCandy is a live soulful house ensemble that features the inspirational voices & composition of some of the Eastbay's most understated jazz, soul, blues and Gospel Singers. MoonCandy is a church without walls... soulful, uplifting and fabulous!"

Recently Valerie received a grant from the City of Oakland, Cultural Funding Dept to create a live house community Choir.  It's loads of fun, family-friendly, soulful and moving. Singers will gather every Saturday throughout February (except Feb 23rd) to create uplifting music that inspires intergenerational conversation, agape love, and Oakland Pride. All ages and voice types are welcome. The Choir will perform live March 2nd and 3rd. 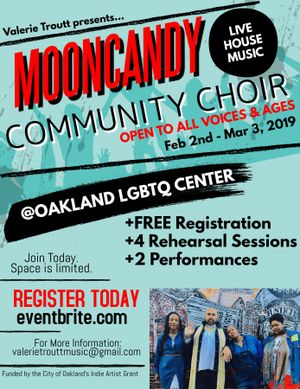 By Andrew Gilbert for KQED

Violence afflicting black communities, from inside and outside, is the central concern of choreographer Nicole Klaymoon’s Embodiment Project, which presents “Chalk Outlines” on June 11 at Yerba Buena Gardens. Featuring original music by soul/jazz singer Valerie Troutt performed by her vocal ensemble MoonCandy, “Chalk Outlines” is an outgrowth of the hip-hop dance company’s mission to bring various street dance forms to new audiences.

Much like Jang and Brown cite the influence of Roach, Troutt credits as inspiration the power of traditional African-American forms from Linda Tillery and Melanie DeMore. “It’s like Amiri Baraka said, if you trace the music of a people, you know where you’ve been and where you’re going,” Troutt says. “Working with Nicole Klaymoon, we are using elements of folk, percussion and voice that’s reminiscent of a chain gang, the gospel choir, and mourning mothers, all those kinds of sounds. But also house music, because the nightclub is a church, our universal synagogue for people to come and get free.” 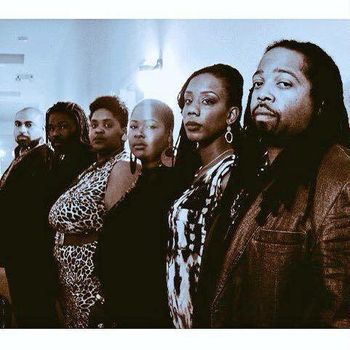 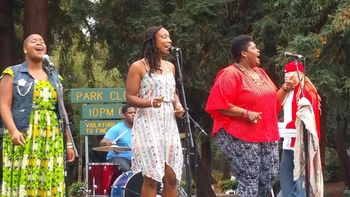